Mommy’s Memory: What Happened To My Steel Trap? 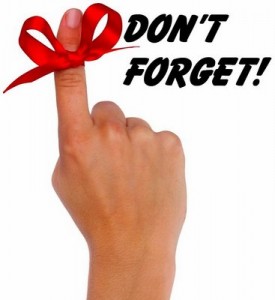 These days it’s more like a steel sieve. Why is that? After becoming a mom, my brain isn’t as efficient as it once was. Is it the lack of sleep? Is it that I’m juggling more? Some hormonal shift that affected my internal hard drive? Who knows.

It’s funny because at work, my memory’s fine. I believe it’s partly because I write everything, and I mean everything, down. I can’t do that at home as I need both hands to cook, clean, play with Logan, clean him, clothe him, put him to bed, etc.

So what am I forgetting? Well earlier this summer I lugged Logan into the city for a party at my friend’s condo. I buzzed the door, but no one answered. Turns out the party was the next week. I couldn’t bear dealing with the insane Chicago traffic again, so we just hung out on the lakeshore for a few hours.

A few weeks ago my sweet, dear friend from middle school was to have her baby shower. I planned on going and went to double check the date on the invitation only to find that I had missed it. By TWO WEEKS! How lame?

Last week I tried to cancel a doctor appointment that I had never even scheduled. There’s friends that I keep forgetting to call back and I still haven’t mailed my Father’s Day card. Yep, that was June 20. (I bought them early, they’re just at the house. My understanding pop tells me to save them for next year.)

My biggest recent debacle has been my young niece’s birthday. It’s just before Logan’s (so you’d think I’d get it together right?) but I didn’t. I brainstormed some gift ideas about three weeks before her birthday, then on the day remembered we needed to call her to at least wish her a happy birthday. I told Hubby and he agreed we needed to hop on the horn soon especially because she’s seven time zones away, but it also didn’t happen. Ugh. She just turned 3 like Logan and thankfully my sister-in-law was very gracious and understanding, but you still feel like the world’s largest loser.

So experienced moms, will my brain power ever return or do you even remember? I hear it improves, but in the meantime I’ll try to be better at updating my calendar, keep begging for forgiveness and being thankful I’ve got so many empathetic pals.

2 responses to “Mommy’s Memory: What Happened To My Steel Trap?”